On 23 June, Liselotte Vijselaar was unanimously elected chairperson of the standards committee "NA 075-04-01 AA Fuß- und Beinschutz" during a video conference. Liselotte Vijselaar's term of office is initially three years. The graduate engineer (FH), who is responsible for the area of "Physical Material Testing and Inspections" at the PFI, thus succeeds Ellen Wassmann. The long-standing chairwoman will remain a member of the committee. 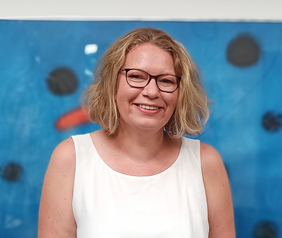 The working committees are responsible for the standardisation tasks falling within their subject area. This responsibility also applies to the participation in standardisation tasks of other standardisation bodies as well as European and international standardisation organisations. Among other things, one of the tasks of the chairwoman is to monitor the implementation of decisions taken and to declare them ready for printing. "With Liselotte Vijselaar, a worthy successor and proven expert has been elected. I am delighted that she is taking on the challenging task and becoming Chair of the Standards Committee," says PFI Institute Director Dr. Kerstin Schulte. The work of the PFI makes a significant contribution to ensuring that standards always reflect the evolving state of the art and that PPE that complies with the standards is safe.

The DIN Standards Committee on Personal Protective Equipment (NPS) was founded in 1970. It deals with national, European and international standardisation in the field of personal protective equipment (PPE). Among other things, the NPS participates in the revision of standards on safety, protective and occupational footwear. More than 300 experts from the fields of industry, occupational health and safety, the public sector, science and research, and consumer protection work in the NPS committees.